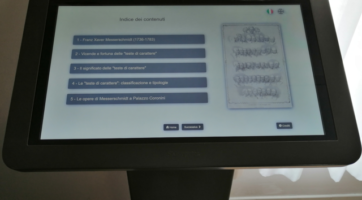 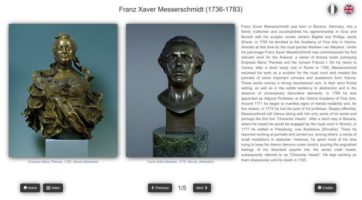 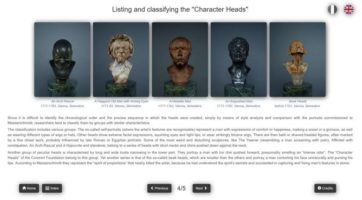 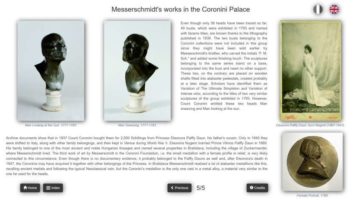 The “Character Heads” of Messerschmidt

The multimedia station at the ticket office of Palazzo Coronini (Gorizia) offers the opportunity to flip through the story of Franz Xaver Messerschmidt and visualize some of his works: the drawings and the sculptures representing the “Character heads”, partly realized in an alloy of tin and lead, partly realized in alabaster.
The creation of these male heads was the way that Messerschmidt used to pour the anxieties and the inner demons which filled his disturbed psyche.
The accessible application has been realized in SASWEB, is available for touch screen and is inserted under the project organized by Fondazione Coranini (Gorizia) dedicated to the artist.