The chessboard of Leonardo 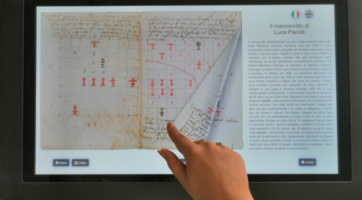 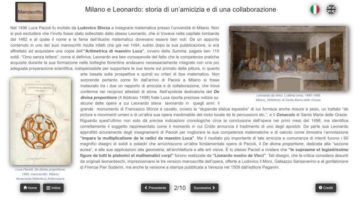 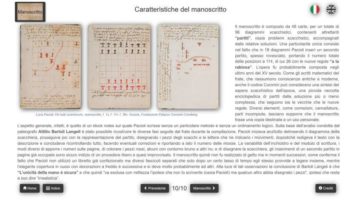 A new multimedia station is available at the ticket office of Palazzo Coronini (Gorizia); it allows to visualize and flip through the manuscript of Luca Pacioli about the chess game. Other contents are also available: they are about the life and work of Luca Pacioli, his meeting with Leonardo, the origin of chess and the role of the manuscript of Pacioli during the history and the evolution of that game, the hypothesis about an eventual involvement of Leonardo for the realization or ideation of the chess pieces design contained in the manuscript.
The touch screen application, realized in SASWEB, which is accompanied by another one dedicated to the “character heads” of Franz Xaver Messerschmidt, is part of “The chessboard of Leonardo” project, with the aim of enhance and promote the precious work owned by the Coronini Foundation.